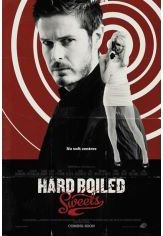 Ex-con Johnny (WILLIAMS) is forced into pulling a heist he wants nothing to do with. Mob boss ‘Shrewd’ Eddie (FREEMAN) has one million in dirty cash stashed at his home, just waiting to be stolen. But what Johnny doesn’t know is that seven other very dangerous criminals also have plans to steal the