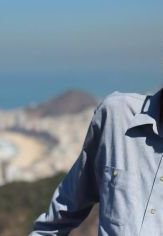 Julien Temple will look at the musical, social, political and cultural revolutions that have taken place in Rio since the 1970s. It spans the first Rock in Rio Festival in 1985 and looks at the scene of the country that has gone from being an oppressive military regime to a flourishing democracy.