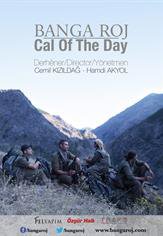 CALL OF THE DAY

Some who are new members and some who has been at the mountains for 25 years. The film consists of some of the guerrillas strange and short stories. Also, at the same time describing some sections of the guerrillas everyday life. The filming of the film lasted 3 seasons and 2 years.