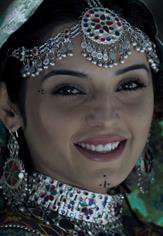 Film is based on an event taken place in Quetta . Pakistan which gained very much hype on international media. The incident clips are still floating by the name of Kharot abad killing. (plz see attached link). The story & plot of film has been adopted from the original inquiry & proceedings of court trial of incident in which 4 Russian & one Tajik was killed (including a pregnant woman) The film is totally shot on original locations where incident took place. The film medium is Urdu. (with english subtitles) its first pakistani film shot in Quetta. The subject is not yet covered by any other film in any language. The purpose of making ths film was to give answers to the Questions raised by international media specially Russia. The film is written produced & directed by Hashim Nadeem, a beaurocrate who was posted in Quetta when this incident took place.