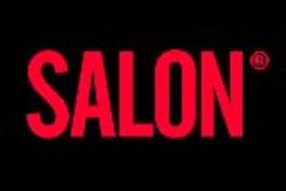 Award-winning producers Nick Taussig and Paul Van Carter founded Salon in 2013, a film & documentary finance & production firm with a focus on exceptional material. Salon is committed to a close creative relationship with talent, to develop and produce a portfolio of intelligent and unique films, and manage this library in the marketplace. Paul and Nick have been in collaboration for over two decades. They have produced the feature films Churchill, My Name Is Lenny, Lek & the Dogs, Offender, Anuvahood, Sket and Shank; short films Shemira and In The Blackout; and the feature documentaries McQueen, My Design Life, The Spy Who Fell to Earth, Fred, Breaking Habits, Surrender, Gascoigne, The Challenge, The Guv’nor and The Iconoclast. Salon has recently produced series pilot Dinner With Friends for Will Smith and Overbrook Entertainment, and has just completed its first Branded Content series The Art of Craft. Salon has a successful track record of collaboration and continued relations with first class international partners, including Lions Gate Films, Entertainment One, Bleecker Street, Embankment Films, Cohen Media Group, Silver Reel, Head Gear Films, Quickfire Films and Union Patriot Capital, and has offices in London and Los Angeles, with a presence at all major international film and television markets. 2018 has seen the feature documentary McQueen premiere at TriBeca then release in cinemas worldwide, surpassing $3.5m at the US and international box office; the market premiere of Breaking Habits (Cannes Film Festival); and Fred (CPH:DOX and EEFF), released by Lions Gate. In 2017 Salon made a global theatrical rollout of Churchill, and festival premiered My Name Is Lenny (East End Film Festival), Lek & The Dogs (BFI London Film Festival), The Iconoclast (DOC NYC), and Surrender (Roma Europa) ahead of their commercial rollouts.