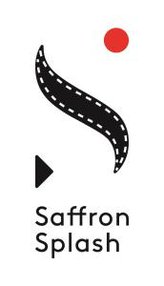 I am Ann Huang, poet, visual artist, filmmaker, and managing director of Saffron Splash Media, a production house for art films headquartered in Newport Beach, California. I was born in China, raised in Mexico, and educated in the US. Over the past three years, we made four award-winning films, with a fifth in its final cut. The Pines of Spring (our 3rd film) is now part of LOSS, a timely Exhibition by Woman Made Gallery. Indelible Winter (our second film) won the Best Experimental Film at the Prince of Prestige Academy Award. Our debut film, Palpitations of Dust, won the Best Film Award at the LA Film & Script Festival. Sparse (our fourth film) won the nomination at BLOWUP - International Arthouse FILM FEST. We started making each film at the start of every season, showcasing the relationship between meta-cinema and my dreams. Our target audience is predominantly women between the ages of 14 to 44 who have a deep appreciation for poetry, humanitarian efforts in public policy, civil rights, world equality, and solidarity. Like an influential group that is often forgotten-some have lived through significant events such as the Clinton and Bush administrations, 9/11, the Iraq War, and now the pandemic. This group is a generation that developed a sincere interest in social reforms as a result of the changing world around them. They gained the right to vote and saw the Obama presidency, and they were shocked to the core in November 2016. Now succeeding in the significant victory of our country's Presidential Election, Saffron Splash Media is seeking a place for our upcoming Ann Huang Presents TV series, with an auteur filmmaking style similar to Alfred Hitchcock Presents. We believe poetry is a niche within the film and will continue to challenge and expand the possibilities of what can express through this medium. The idea is to produce content in which the character deliberately informs the audience they are watching a series. It stresses their attention and demands their involvement, almost like navigating a dream. We believe poem films can render a humanistic element to our society. Our goal is to connect the audience with their dream state. By creating a poem film TV series, we offer viewers a way to form a relationship between their dreams and the collective unconscious in this increasingly violent and disparate society. The intangible value of the viewership is immense.