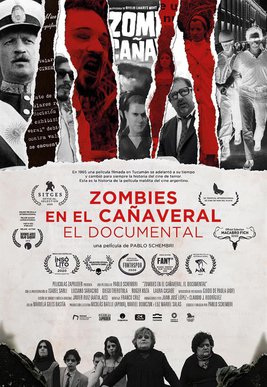 ZOMBIES IN THE SUGAR CANE FIELD. THE DOCUMENTARY

In 1965, three years before the release of George A. Romero's Night of the Living Dead, in Tucumán, director Ofelio Linares Montt shot Zombies in the Sugar Cane Field, a horror film with strong political allegories. The film opened in the us to great success, but when it was time for its Argentine release, in the midst of Ongania's regime, things went south and all trace of the film was lost. Following Luciano Saracino, a writer in search for the film's original screenplay,
Schembri's documentary researches the steps of this cursed classic, with a few surviving images and testimonies of critics, filmmakers and the beloved Isabel Sarli. At the end, an idea is summoned: aren't there too many "coincidences" betreen Linares Montt's and George A.
Romero's films?