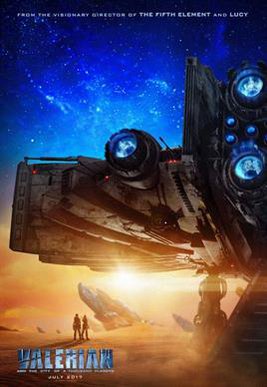 VALERIAN AND THE CITY OF A THOUSAND PLANETS

Dane DeHaan (THE AMAZING SPIDER MAN 2) and Cara Delevingne (SUICIDE SQUAD) star as the iconic characters Valérian and Laureline, special operatives for the government of the human territories charged with maintaining order throughout the universe. Based on the graphic novel that has influenced generations of sci-fi writers and directors, and has sold over 10 million copies in 21 languages.