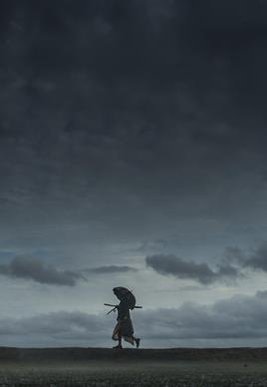 Tumbad’ - set in a early 20th century desolate and forgotten village, is a story fueled by the most basic instinct known to man: Greed. A man chases the mythical gold treasure guarded by a God monster. He takes his disabled teenage son under his wings for an eventual battle of sin and survival.