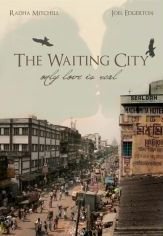 THE WAITING CITY is a poignantly written and textured drama, starring Rahda Mitchell (High Art, Finding Neverland) and Joel Edgerton (Kinky Boots, Star Wars II & III) as a young couple whose crumpling marriage is being held together by the anticipation of adopting a baby in India. When they finally