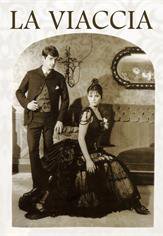 Is a 1961 Italian drama film directed by Mauro Bolognini based on a novel by Mario Pratesi. The film stars Claudia Cardinale and Jean-Paul Belmondo. It was entered into the 1961 Cannes Film Festival and Palme d´Or nominated.