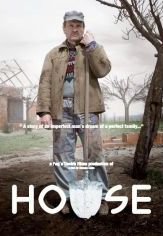 Considered by many critics and audiences "the best" film of the recent Slovak cinema. The HOUSE tells the story of the generational gap with lots of heart and humor. Winner of numerous international awards, including Palm Springs FF. Zuzana Liova was named Variety's 10 European DirectorsToWatch.