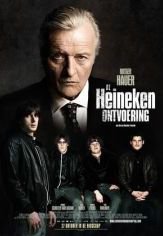 The biggest and most famous kidnapping case in Holland. It is not just a crime story about the kidnap and the hunt for the kidnappers, it is also a film about the psychological power struggle between the world’s most successful beer brewer and an unknown young thug who is to become underworld boss.