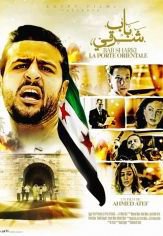 The collapse of a Syrian family, where father who works for Bashar Al Asad suicide after being fired by the president and his wife leaves the house, his young twin sons on the eve to kill each other because one rebel and one thug for Al Asad regime., security guard kill bashar himself.