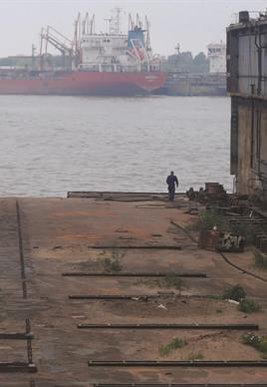 In the middle of the mist, an immense iron structure floats. The Dock 5D used to repair
ships and boats for the distribution of dredging and beaconing in the port of Buenos
Aires. The remains of the crew used, a small group of men, move their spaces and quietly
attend its slow extinction. The relationship between these men and the machine, was
loaded with meaning over the years. Today, it translates into an elegy that awaits its
inexorable end.