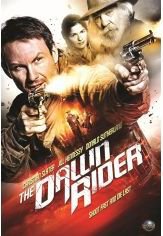 Shortly after reconnecting with his estranged father, John Mason is shot and his father killed during a train robbery. He recuperates at a nearby ranch and falls for a local, Alice, but doesn't know the man responsible for his father's death is right under his nose...Alice's brother