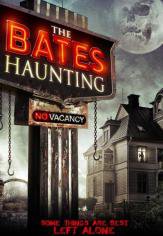 One year ago, Agnes Rickover attended opening night at the Bates Motel and Haunted Hayride to see her best friend Lily's dramatic debut. A horrific accident resulted in Agnes witnessing Lily's fiery death in a spectacle gone wrong. After a year of obsessing over a murder investigation everyone else