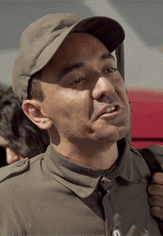 On August 31, 1969 in São Paulo, five militants of the armed left who fought against the military dictatorship, were arrested by Operation Bandeirantes (OBAN). In the following days, they would live the nightmare of torture, experiencing a week of pure terror, with the military, police.