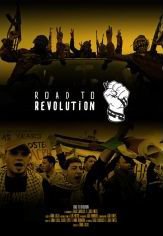 Road to Revolution is a multi-platform film that features the changes that happened in the middle-east and north of Africa after the revolutionary events of 2011 and 2012 that were called Arab Spring. It includes a Feature Film documentary for theatrical release, 2 TV Documentaries and a interactive