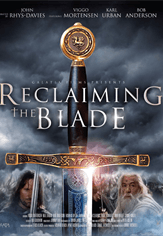 Reclaiming the Blade, featuring Viggo Mortensen, Karl Urban and John Rhys-Davies, documents the culture and craft of swords and the Hollywood legends and academic warriors who wield them. A detailed look at the sword and the significant role it played in both history and filmmaking.