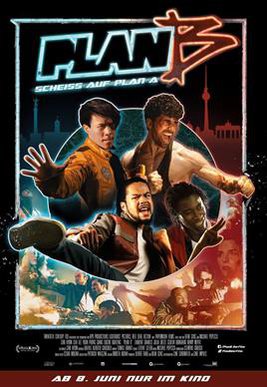 PLAN B: SCHEISS AUF PLAN A

Three martial arts experts embark upon a search for a treasure that will allow them to save a friend from the clutches of a scrupulous gangster. They will soon find themselves immersed in a complex conspiracy that’s aimed at putting an end to the boss of Berlin’s underworld. A bash ‘em up comedy that pays tribute to the eighties and nineties American action flicks.