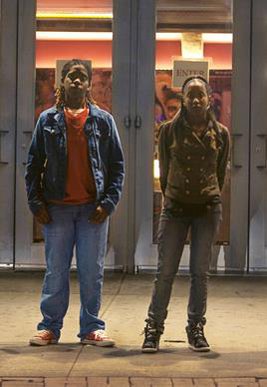 OUT IN THE NIGHT

Under the neon lights in a gay-friendly neighborhood of New York City, four young African-American lesbians are violently and sexually threatened by a man on the street. They defend themselves against him and are charged and convicted in the courts and in the media as a 'Gang of Killer Lesbians'.