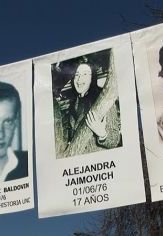 The visit of journalist Shlomo Slutzky to his native Argentina covering for the Israeli TV the trial of a General, murderer in the dictatorship of the 70s, becomes a personal search after traces of his friends from the Jewish movement who were killed & jailed, and accused then Shlomo of treason