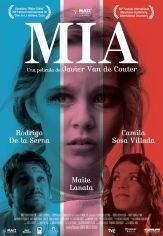 Ale, a transvestite who lives in a shanty town inhabited only by gays, finds a diary of a young woman who has died. The empathy she feels with this woman, as she reads the contents of the diary, helps Ale come close to her own hidden desire, motherhood, and confronts her with her reality.