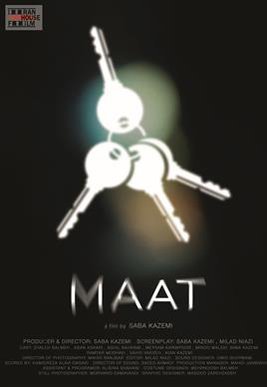 After the sanctions imposed by the US and Europe against Iran, Iranian families face numerous economic problems. MAAT is a doc-fiction about families from different towns decided to immigrate to the capital to solve their financial problems. They spend all their saving on buying a house in that utopia. After entering the house, they found out the flat has been sold to a few buyers. They are finding a way out for their problem when they find a large sum of money (US dollars, Guns and …) in the flat. Now they face the ethical dilemma of taking the money or telling the truth to the police or solving the problem between themselves somehow.

40th São Paulo International Film Festival From October 20th to the November 2nd in the New Directors Competition section. 2016
Winner of the special jury Award named Prize Abbas Kiarostami. As the jury said, the prize is awarded to films that narrate classic stories in a new experimental form.
Login to view all information