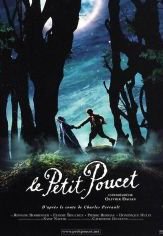 Poucet is a kid from a family of numerous children. The parents, too poor to feed them, decide to abandon them in the forest. Their, the brothers try to find their way out making fantastic encounters. This film is based on the French fairy tale "Le petit poucet" by Charles Perrault.