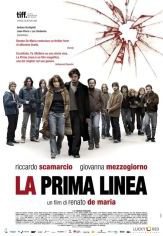 The year is 1989 and a 35 year old man is telling his story from a dark prison cell in Turin. The prisoner is Sergio Segio, one of the founders of the armed left-wing group Prima Linea (Front Line), who went underground in the mid-1970s in hope of achieving the “revolutionary dream”.