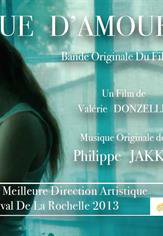 Free adaptation of Marivaux's play "the game of love and Chance?" (1730). We tried to modernise the subject but in the same time, we needed to keep the original XVIIIth century "flavour". That's why i wrote a "Neo Baroque" soundtrack which reflects the characters and scene, light or more dramatic.