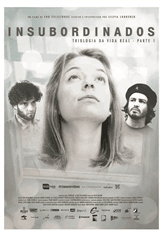 Janet (Sílvia Lourenço) at age 32 is trapped by having to care for her father, a retired colonel in the Military Police, who is hospitalized, terminally ill. While waiting for his father's death, Janet can only write. She creates a police plot, transferring all her afflictions for fiction.