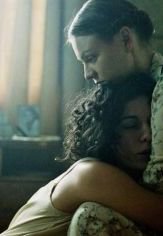 The story spans the last months of the Second World War and the first months after the liberation. It tells of an uncontrollable love. Universal and with a surprising twist, it is a story of a destructive feeling that makes us renounce all moral inhibitions and drives us to commit the dreadful acts.