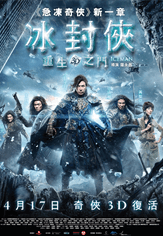 An Imperial Guard from the Ming Dynasty, framed for a murder he did not commit, is buried by an avalanche along with three chasers during the heat of battle. Unearthed 400 years later in modern day, the chase continues while he searches for the real killer and a way to go back in time.