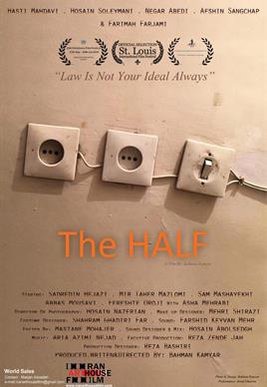 Azar is a young girl who has been living on her own in a cheap accomodationcentre since the death of her father and her mother’s new husband. She studies and to pay her bills she works in a special children hospital. Once for exterminating the rodents in the accommodation, it is being fumed so she has no choice but to stay for a few nights in her mother and her step-father’s home. The mother’s problems and the stepfather’s abusive behavior – which are fueled by his drug addiction- disturb Azar. IN the middle of the night the step-father attacks Azar in her room, but eventually her mother comes to rescue but ends up murdered in the hands of the step-father.
Azar is alone and burdened but is determined to seek justice for her poor mother and asks the judge for capital punishment. But there is a huge problem at her feet caused by the criminal law. According to the law, a woman’s blood money is half of the man’s. So Azar has to pay half of the step-father’s blood money to his family to be able to see him sentenced. It is a difficult task for Azar. But she is determined to get the justice she expects for the man who murdered her
mother. And in her quest to gather this money, see the justice done and the murderer sentenced, she has to face many dangers and confrontations.