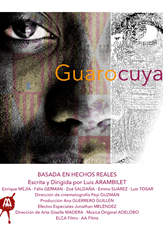 Taino Chieftain Enriquillo, at the end of his heroic life in the Hispaniola Island of the XVI Century, suffering tuberculosis, tells his extraordinary life story to a biographer priest. The film sheds new light on the only indian undefeated by the troops of Emperor Charles V.