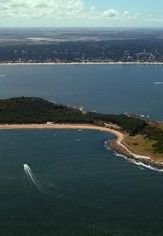 Two Spanish soldiers who live on the island of Gorriti in Uruguay in 1806 during an attack by the British fleet are not only brothers, but also best friends. But when they fall in love with the same woman, they risk becoming bitter enemies.