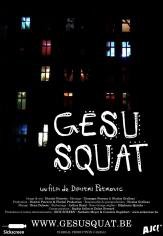 This documentary traces the beginning of the adventure of the squat "Gesu" in Brussels. From february 2010 when 140 people -including 50 children- push the doors of the former church until October 2011 when the occupants are officially accepted by the owner.