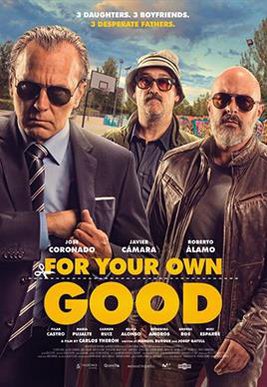 FOR YOUR OWN GOOD

The producers of the highest-grossing Spanish film ever and its sequel, Spanish Affair 1&2, deliver another box-office hit. The best Spanish opening of 2017, FOR YOUR OWN GOOD, is a fresh family comedy that gets audiences all over the world laughing.