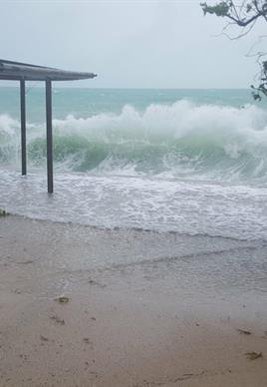 In the Torres Strait, between the northern tip of mainland Australia, and the most southern cape of Papua New Guinea, the tiny coral cay of Poruma Island and its 200
inhabitants, is slowly being eroded and swallowed by the sea.