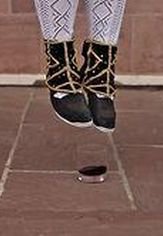 An avant-garde film by Man Ray called Emak Bakia ("Leave me alone" in Basque) inspires this story of a quest. The house near Biarritz where Man Ray's film was shot in 1926 bore that peculiar name and the creator of this new film decided to undertake a search on foot to find it.