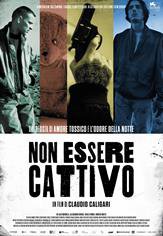 A story set in the ‘90s in the Roman suburbs and in Ostia, where Pasolini gave life to his characters in all their suffering, loving and wandering. They were once called the "boys of life," and we now see the modern version as we are transported to the ‘90s.