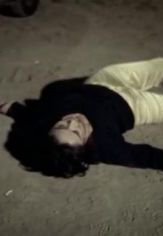 Death Penalty is a docfilm about the most thrilling series of crimes recorded in Chilean history. A group of psychopath killers murdered and raped without any precedent. The film wants to portray a wicked mind that found place, developed and expressed itself during the military government in the 80.