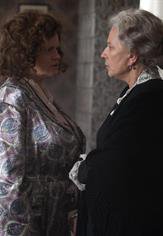 "Damaged" is a universal and timeless story, which reminds the modern viewer that he's not just living here and now, in one specific era, but that he also existed one hundred years ago, because everything that happened in the past, affects him and his lifestory.