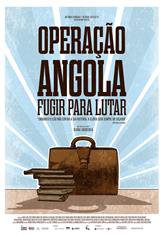 In June, 1961, around 60 students from the then former Portuguese colonies – among them the former presidents of Cape Verde and Mozambique, Pedro Pires and Joaquim Chissano, and the former prime-ministers of Angola and Mozambique, Fernando Van Dunen and Pascoal Mocumbi, evaded Portugal clandestinely