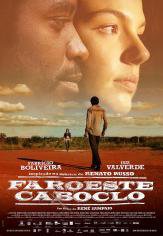 Loosely based on legendary Brasilia rock band Legiao Urbana's seminal folk song, René Sampaio's lyrical, fable-like debut feature follows a young man from the provinces who decides to try his luck in the capital, where he falls in with a rough crowd -- and falls for a senator's daughter.