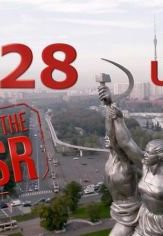 A documentary project about children born in different republics of the USSR. We filmed them every seven years, following their life choices, achievements, challenges. Who have they become at 28, people whose birth certificate has a seal of a vanished empire - the USSR.