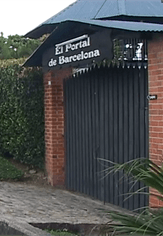 A young Catalan woman, who works as a TV reporter, travels to a small Colombian town named Barcelona, in order to make a documentary for a TV series called “Distant Barcelonas”, which deals with the seven municipalities named Barcelona that exist in the world.