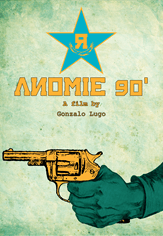 Edgar, a depressed TV repairman and Severino, a student with radical political ideas are two disparate beings, that go every week to the same cinema. One day, Severino tells Edgar as a joke, the idea of robbing a bank. They perform the absurd idea. There are no loose ends, but paranoia grows daily.