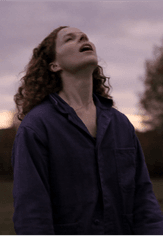 The footsteps of an exile: not really that of Chilean poet Francisco Contreras, who lived in Paris at the turn of the 20th century, but rather that of his young French wife, Andrea, who made the trip backwards after the poet passed away, and spent the rest of her life in Chile.