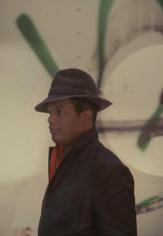 ALL THE BEAUTIFUL THINGS

John and Barron are lifelong friends whose friendship is tested when Barron's girlfriend says Barron put a knife to her throat and raped her. Not knowing she has lied, John tells her to go to the police. Years later, John and Barron meet in a bar to resolve the betrayal.