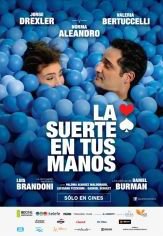 Uriel is convinced that to avoid suffering in this life, he must pretend he´s someone else, half
hidden, half revealed. He has left his feelings to their own devices, his emotions are adrift. His
reunion with Gloria will change his point of view on his own life.