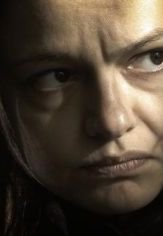 A STEP INTO THE DARKNESS

The film tells the tragic story of an Iraqi-Turkish girl, Cennet, who loses her entire family during a US-led operation against insurgents in her village in US-occupied Iraq. She makes a distressing journey through the border between Turkey and Iraq to find her brother who had been sent to Turkey